Where the pines meet the sky 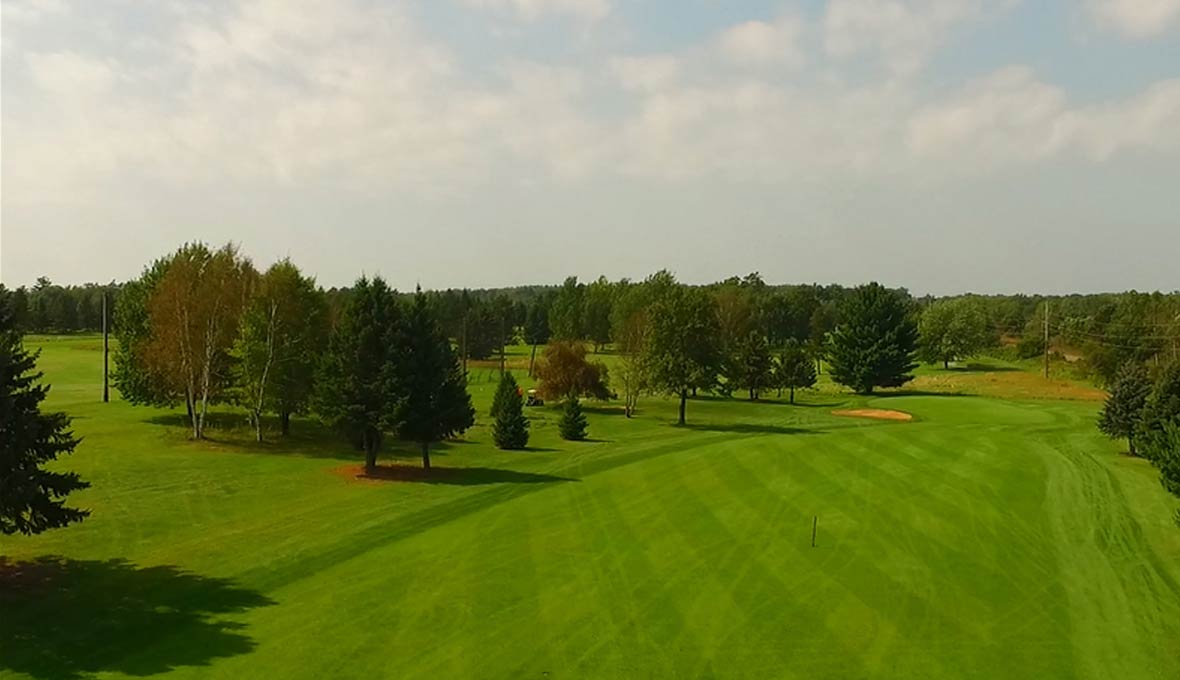 Number 11 is a rather short par 4 doglegging to the right.  The fairway slopes to the right also so just aim down the left side whether you fade it or hit it straight and it will kick to the center of the fairway.  The green slopes severely from left to right, a result of a design flaw when the green was originally constructed and consisted of a lower level that was rarely if ever used and was actually quite unfair for a putting surface.  Nevertheless, although the imperfection has been removed, the green still slopes greatly so place your shot so your initial putt will be uphill rather than side hill.